BattleBots season 6 is already over. This season was very exciting, full of great fights and controversy as well. Who is the winner? What happened between Minotaur and Witch Doctor? How did our sponsored teams end up? Let's find out!

BattleBots is a show full of adaptability and engineering talents. Engineers show their design prowess and creativity. This year’s season is finally over, featuring more than 60 teams battling to earn a spot in the top 32. MGM CONTROLLERS cooperated with two teams, which ended up in the top 16. Which teams did we support, and who was the winner? Let’s find out.

How was the 6th Season?

This season was very exciting, full of exciting moments and great fights as the field of robotics continues to evolve. This not only means that the robots keep getting better, but also the level of competition keeps getting intense. Teams are made up of robot enthusiasts who design, build, and test their robots, yet they all have knowledge in product design, engineering, software, and electronics.

Nowadays, BattleBots have thousands of passionate fans who tend to disagree with the judges. The same moments were in this 6th Season, too, because controversy took place in most fights. Some fights showed loopholes in the rules, so BattleBots committed to making a few updates with regulations and guidelines for the next season, which may occur sooner than last.

MGM CONTROLLERS is a proud sponsor of two teams. For both, we are the supplier of ESCs, to provide them with the best possible power. The first one is Uai!rrior and their robot “Black Dragon”. This heavyweight robot from Brazil competed in every season of the BattleBots reboot since Discovery Season 4. Black Dragon is a two-wheel drive, box-shaped robot with an eggbeater spinner and front wedges. In this 6th Season, he successfully competed against Icewave, Clap Viper and Mad Catter; however, he lost with Rotator and Hydra. Black Dragon made it to the top 32. 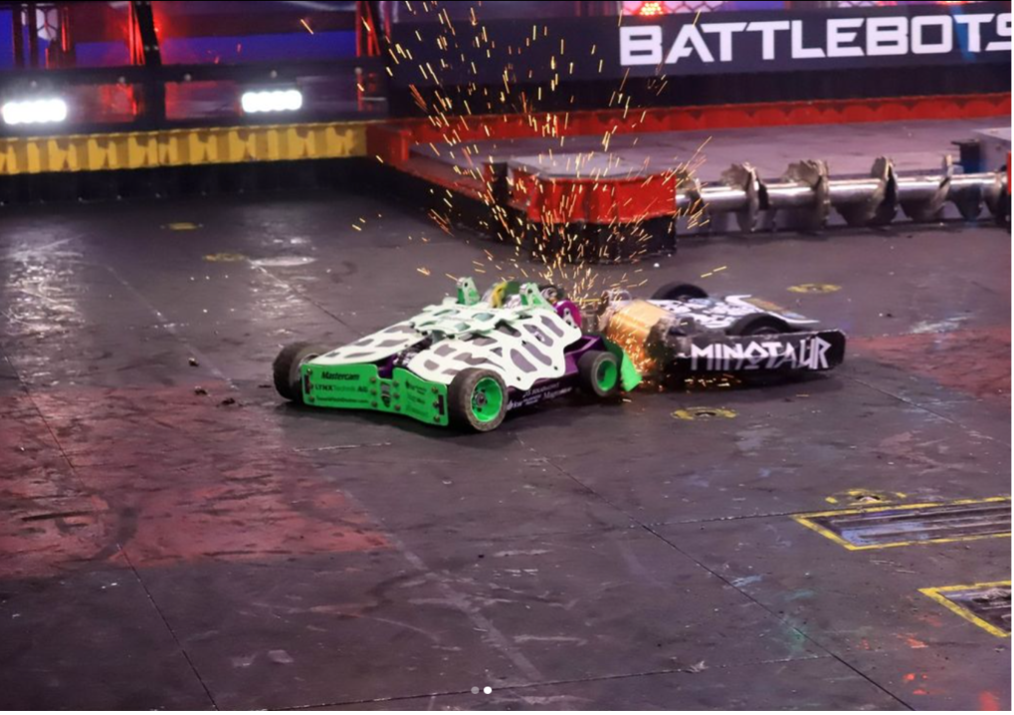 Our second sponsored team is RioBotz with their robot “Minotaur”. Like Black Dragon, it can use gyroscopic forces to flip back over. It’s the heaviest robot of the RioBotz team while representing all the experience gathered from 2003. This team’s dream was to compete at BattleBots, and it came true. Minotaur managed to make it to the top 16, defeating its competitors at the finest.

Daniel Freitas has been ever-present in the team since its debut season. Since 2007 he has driven drum spinner robots of various weight classes, which earned him respect as one of the best drivers at BattleBots. This respect is not only among his competitors but also among his fans. The fans chose him with 43.1 % of the votes on Reddit as the best driver from BattleBots Season 6! However, that’s not all. The RioBots teams won the prize because the fans selected the fight against End Game as the best fight of the season with 42 % of the votes. That’s a great success not only for them but for MGM CONTROLLERS too.

Minotaur vs Witch Doctor – the biggest drama of the Season 6

Minotaur was eliminated at the hands of Witch Doctor in one of the show’s most controversial battles. Many do not agree with the final decision of the referees and the judges. The crowd believes that the Minotaur should have won the Final Battle of Season 6. Many things went wrong during this battle, and the crowd made their thoughts known. The referees paused this battle because Witch Doctor was stuck in the spike strips and needed help to get out of it. During this battle, Minotaur lost one of his two wheels and used just one till the end of the battle. That’s why fans and crowd think Minotaur should be the winner according to the inability of the opponent to move.


Some people think that the producers manipulated the refs to control this battle for the profit of the Witch Doctor. The Head Referee posted his response on the FB Group, explaining a couple of points of the final battle and that the battle was not manipulated, and the referees and the judges did what they thought was right and according to the rules.

It was a challenging yet exciting season for fans, competitors, judges, referees, and us. Congratulations to the winners, End Game, and we rejoice at the success of our sponsorship teams.